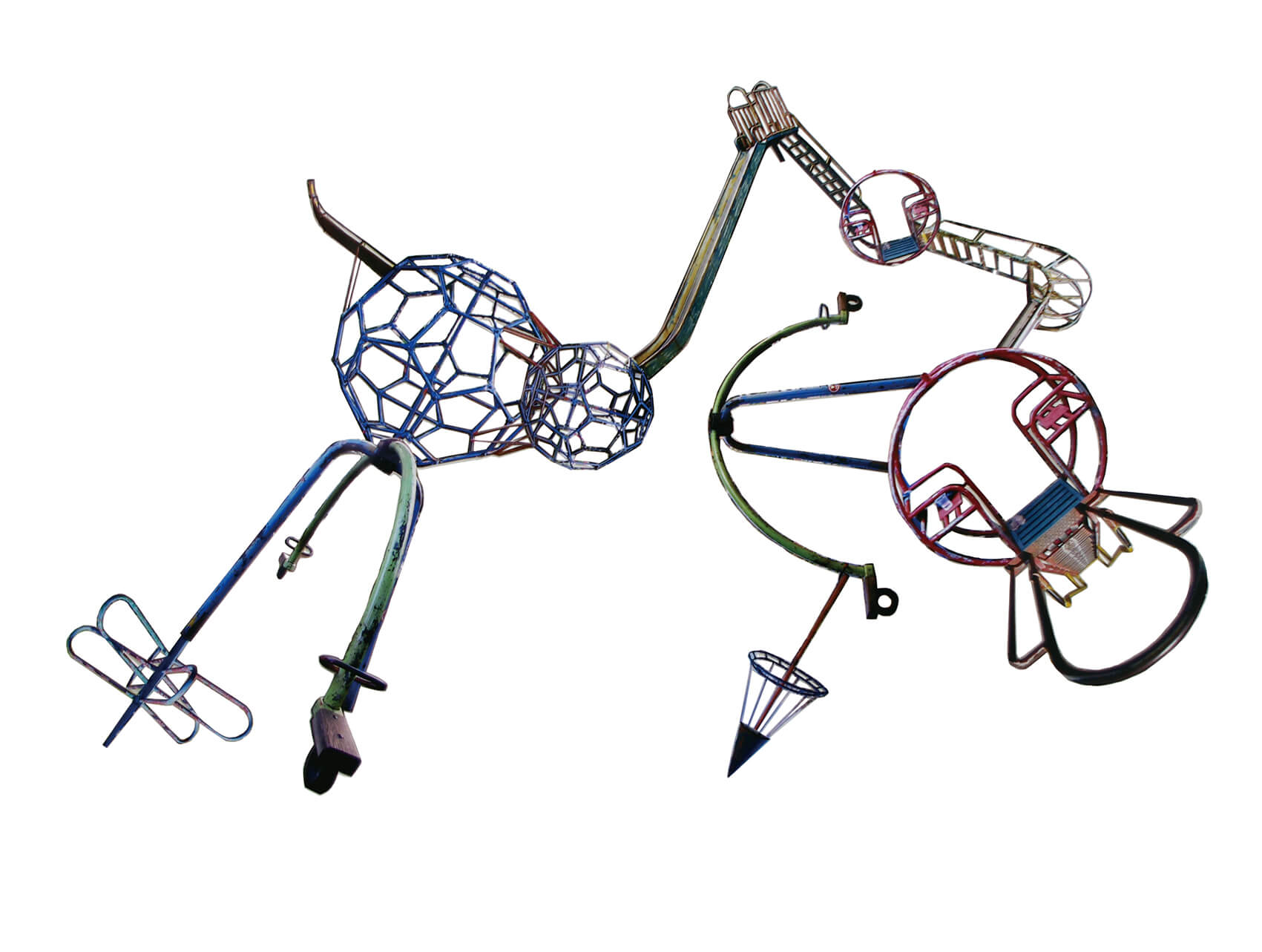 Mery-Go-Round is a playful collection of collages and delicate copper sculptures by Gianluca Malgeri and Arina Endo. It imagines a multiplicative landscape of outmoded playground equipment, reconfigured into a series of prototypical, self-questioning artworks. The artists are Italian and Japanese respectively, and the approach they have chosen exposes both the ethical and idealistic dimensions of cross-cultural collaboration. That they converge on the subject of playgrounds offers the chance to overlay notions of social conditioning with those of a shared, non-cultural a priori.

The works on exhibition follow, quite directly, a line of enquiry from these artists’ previous joint exhibition Homo Ludens (Rome, 2016), whose title explicitly conjured the primary thematic of humans as creatures of play. The well-regarded treatise of the same name by Dutch theorist Johan Huizinga, first published in 1944, explores the idea of play as a primordial condition, one that precedes culture. Huizinga claims that, because play occurs in the animal world too, it pre-exists our ‘humanity’, and, moreover, that “human civilisation has added no essential feature to the general idea of play”. Being free, temporary but borderless, self-regulating, possessed of its own flexible interior logics, and without material interest or ultimate goals, Huizinga argues that play can provide insight into the great question of purpose that plagues the secular world.

Huizinga’s ideas have inspired thinkers and strategists working in fields as disparate as pedagogy, corporate strategy, and computer game design, just as they have consistently captivated artists. Significantly for Mery-Go-Round, the situationist Constant Nieuwenhuys takes up the Homo Ludens thesis in his opus New Babylon, an encyclopaedic body of work spanning paintings, drawings and quasi-architectural models created between 1959 and 1974. New Babylon posits a utopian totalising urbanism (covering the whole Earth) that rejects capitalist oppression of the working classes and embraces play, adventure and mobility. This new metropolitan condition is largely characterised by reconfigurable, multi-density structures wherein post-evolutionary citizens can roam, free to curate their own artistic life whilst at the same time affecting and creating the environment they occupy. It can be conceived as a perpetual play space, and on examining the models and drawings, it is hard to imagine that playground designers of the 1960s and 1970s did not derive inspiration from them.

From today’s perspective, New Babylon was remarkably prophetic. Its promise of a post-industrial, interconnected society has on many levels been enacted. Arguably now everyone is a creator, an influencer, an artist of the self. A life is curated, photographed, filtered, edited, and then re-represented in one’s own gallery. Within industrialised nations, there emerges a philosophy that work, the ‘old’ kind, exists only to support rather than to fundamentally dignify a life. But reality is less egalitarian than Constant imagined – the citizenry of contemporary society lack other kinds of autonomy and agency that he portrayed as integral to the self-actualised life. Hyper-surveillance, increasing disparity in resources and wealth, diminishing global tolerance, and locales of permanent war thwart what might be our new Babylon: utopia has broken apart. Mery-Go-Round picks up the pieces, asking “what have we left in the playground – and what is there to salvage?”

Salvage is a theme deliciously embraced in Mery-Go-Round. Drawings, collages, maquettes and sculptures unfold from the artists’ photo-documentation of playgrounds and playground equipment. Components from Japan, India and North America have been visually archived by the artists before being decommissioned at the rationalising hands of bureaucrats (who are perhaps the obstructive ‘grown-ups’ in Mery-Go-Round’s narrative). Then, plundering their own piecemeal resource, Malgeri and Endo combine the fragments in novel ways, reminding us that there are often more ways to construct one’s daily life than meet the eye, and that it is always possible to merge (pre)cultures, sparking new possibilities of relationship. Their synthesis of material play-structures brings us closer to an idea that we share a common root: in children from any culture, the mind is plastic and relatively unencumbered, existing in a fertile space of experimentation, vivid perception and candid interpretation. The collages in this exhibition, especially, express a childlike dynamism and instinctive action – perspectives warp, scales shift, and forms emerge then reform. This plasticity should be valued and maintained at all costs; petrification is enemy to be resisted, the enemy of play.

The objectives that Malgeri and Endo identified in Homo Ludens, they now extend in Mery-Go-Round, addressing anew the ambition of New Babylon but on a more discreet and modest scale. Unlike New Babylon, Mery-Go-Round dispenses with the grandiose and with the conceit that one idea can structure the world. These are not mega-structures presuming to cover the planet, they are rather anthropomorphic, human-scale, relational structures that themselves seek to dodge and play. They are not waiting for the collapse of capitalism before getting on with the more important business of the playground. In this space, which is a mindset, we join with each other in schemes frivolous gravity; always a new scene is conceived, another figure is encountered, challenged, absorbed, discarded. Life is ‘just’ a game. 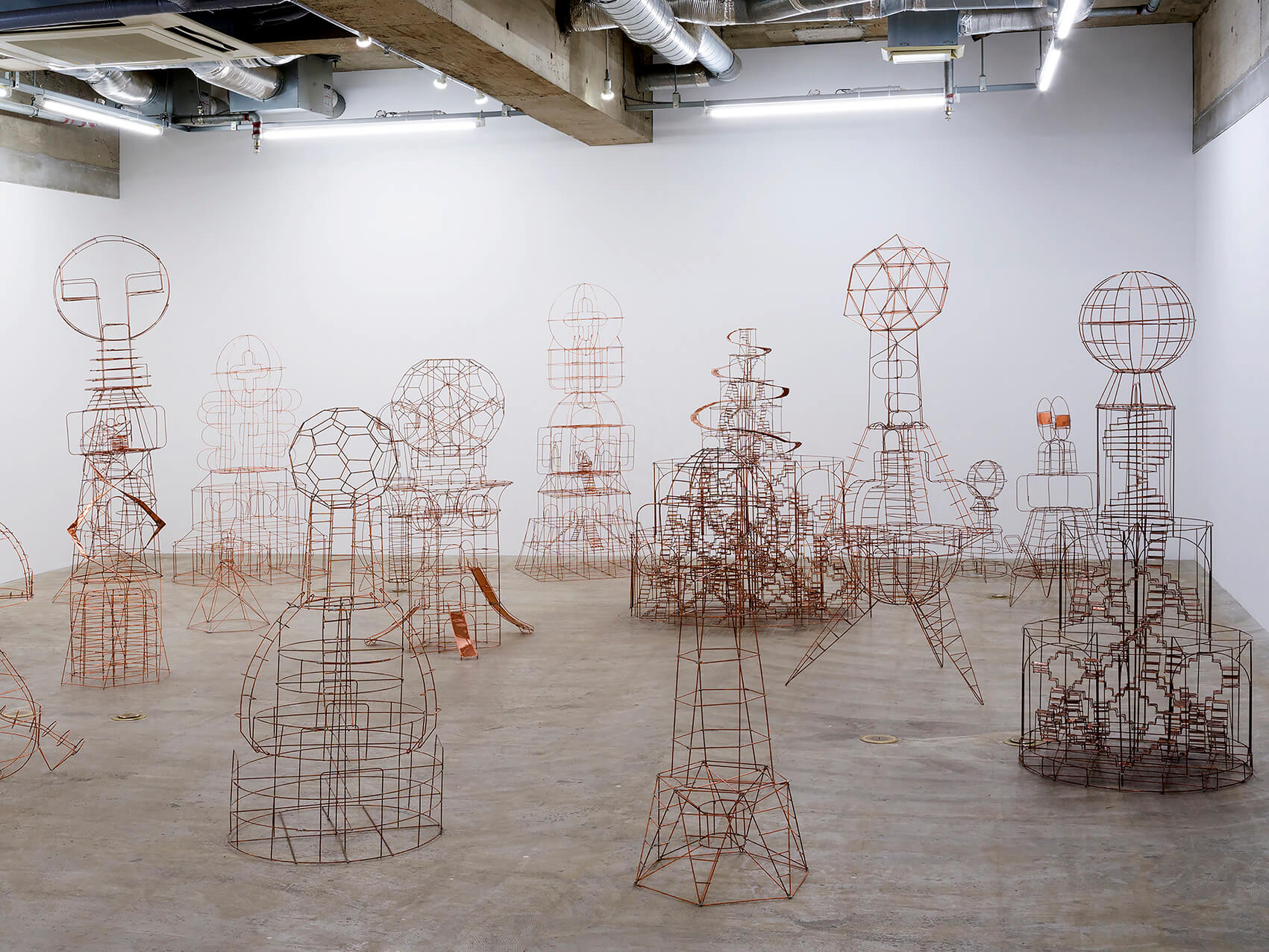 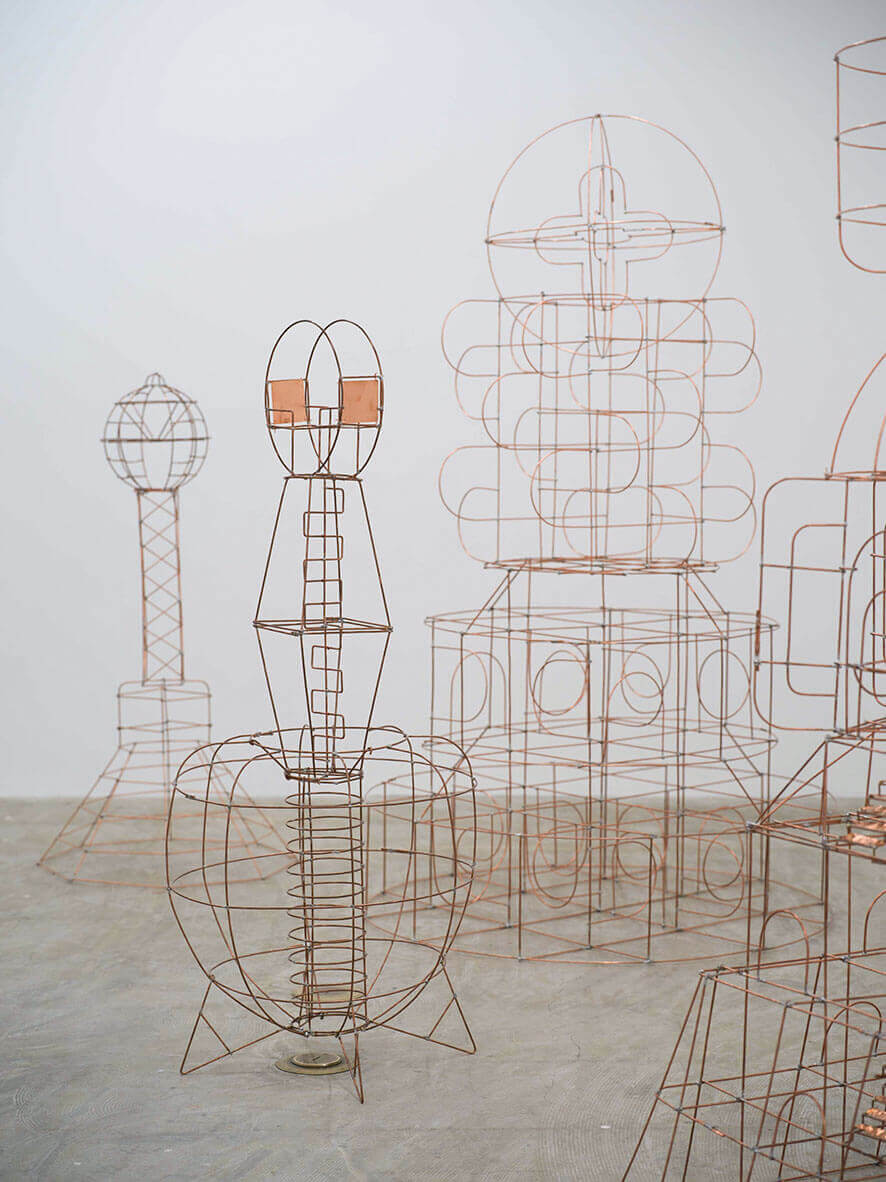 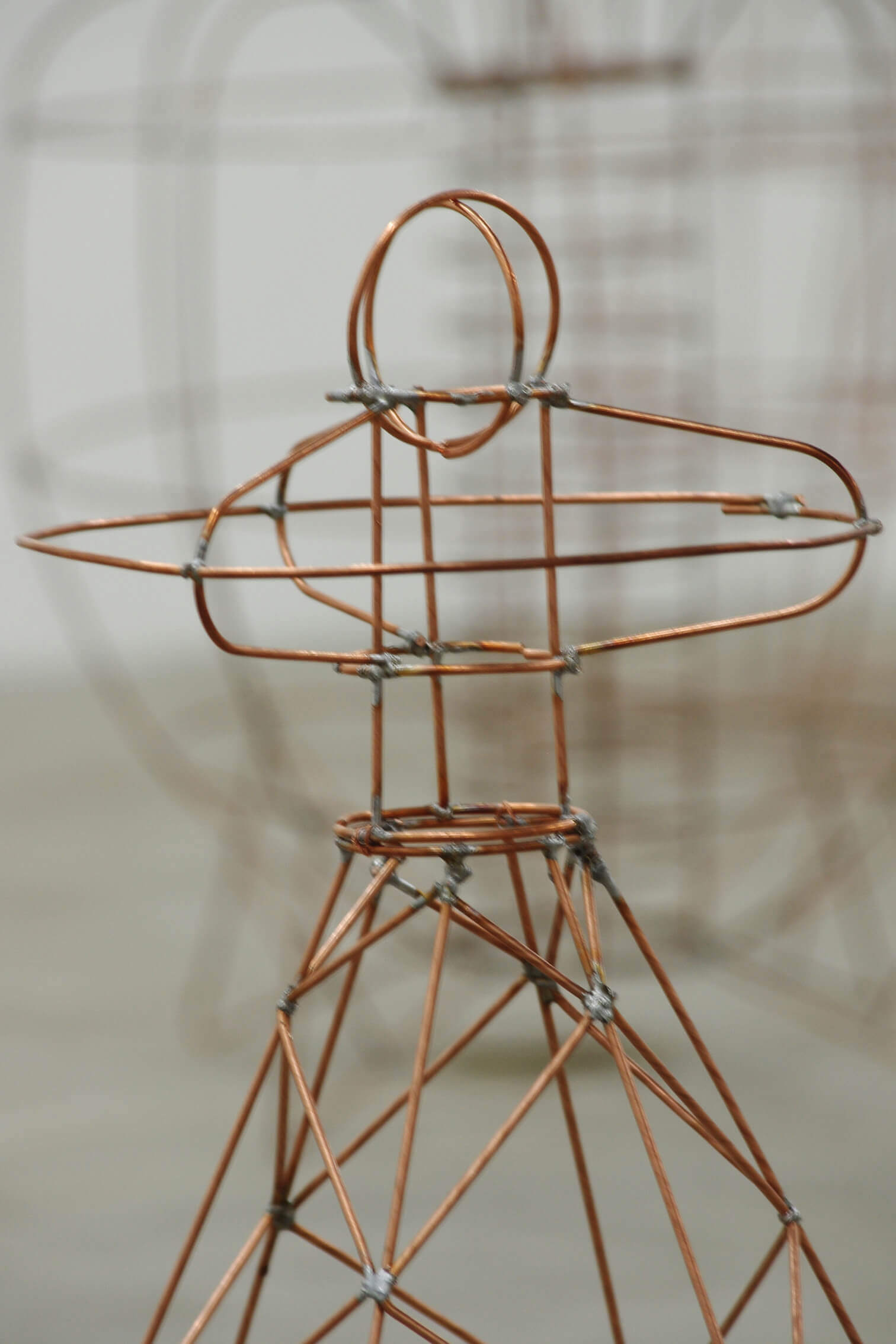 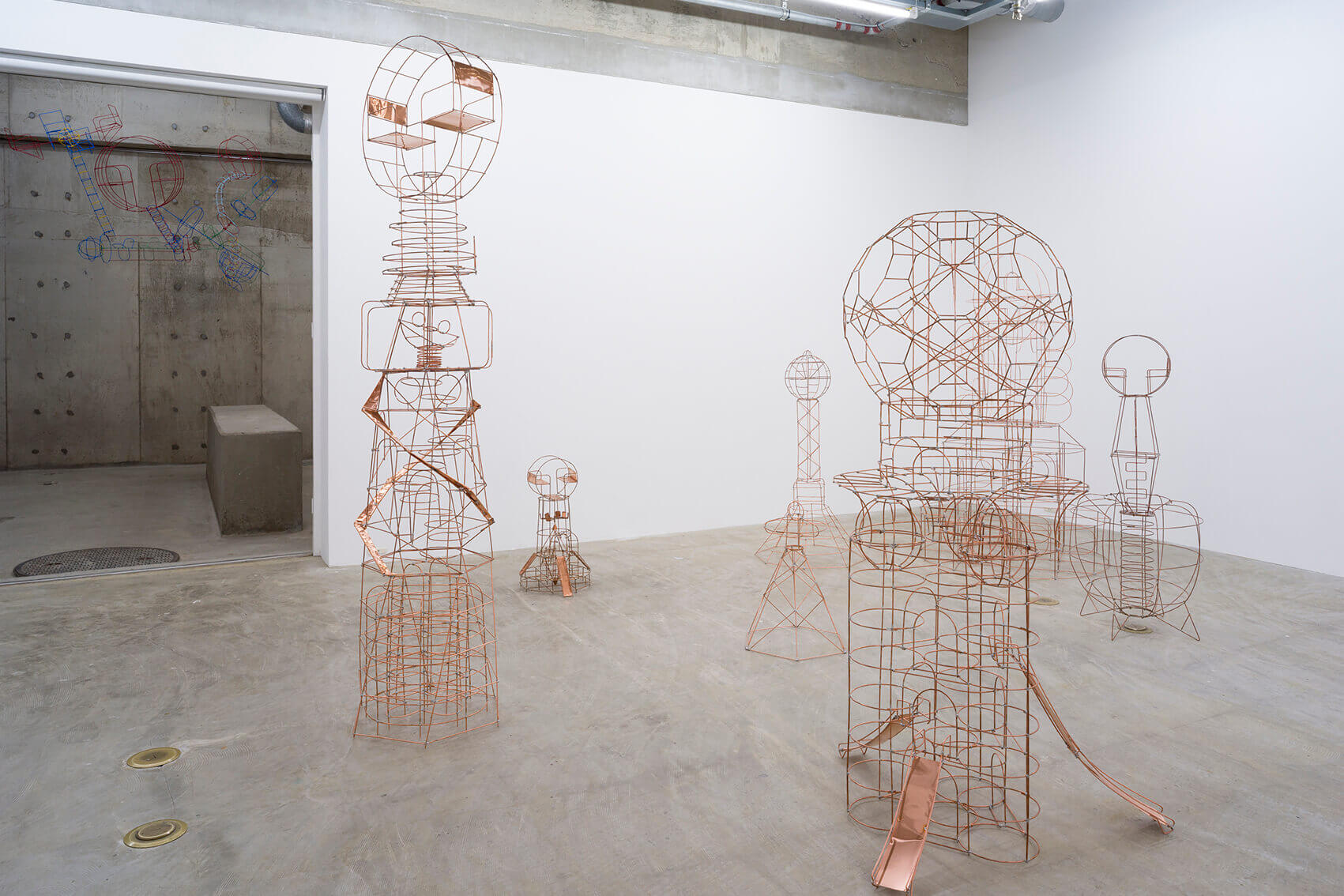 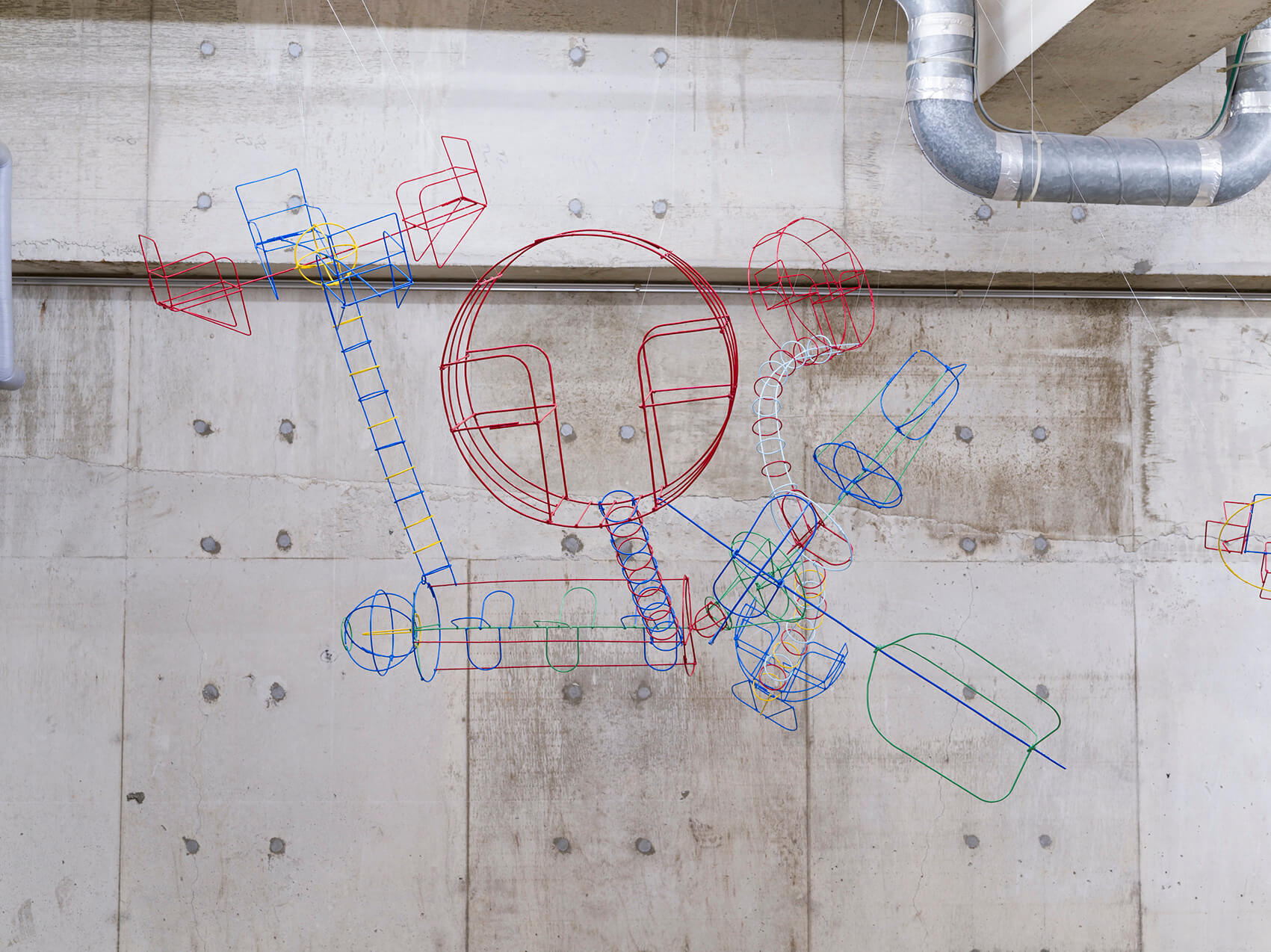 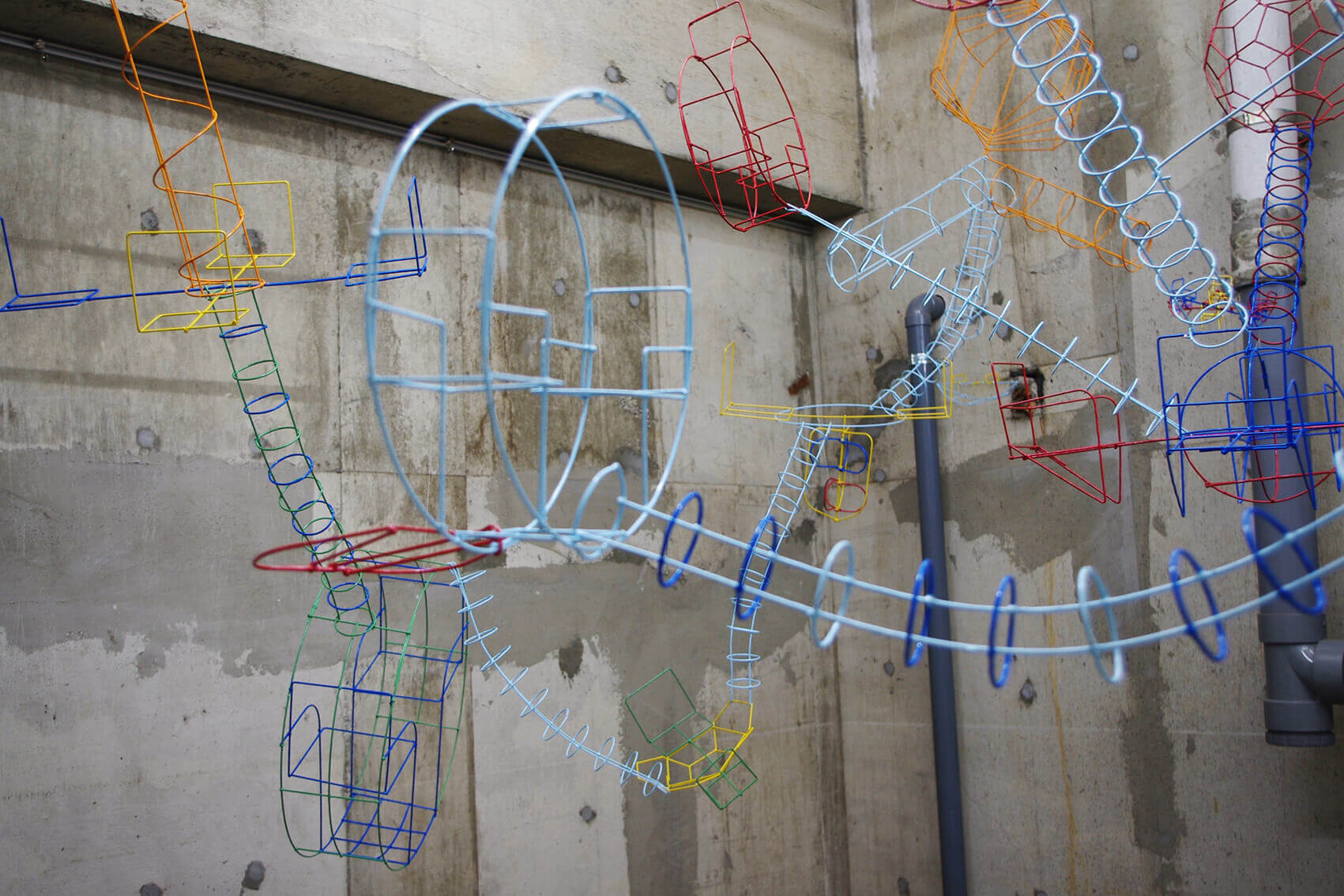 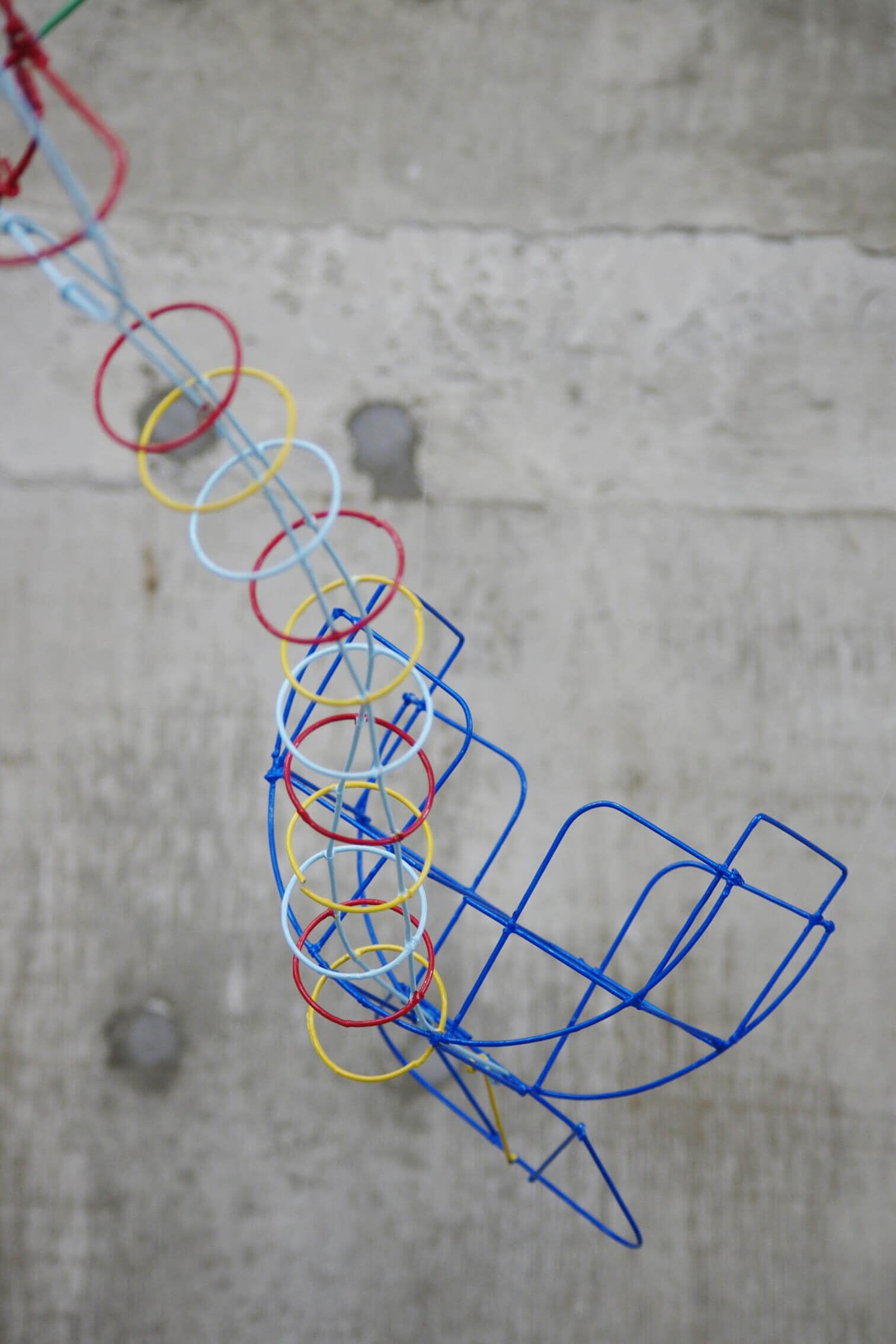